A really interesting article came out in Nature Climate Change yesterday which reveals that people in poorer countries perceive climate change to be a greater threat than those in rich countries. For example, only just over 50% of people in Australia believe climate change to be a threat, compared to over 90% in every country in South America. Here’s a link to the paper below, followed by a link to what the Guardian has to say on it:

This highlights the importance of climate justice i.e. the issue that climate change will have a disproportionate effect on the poor. Once again, the Guardian has a great piece on the areas most effected by climate change, which includes a nice graph illustrating how climate change indicators have changed since 1950, showing that the most dramatic changes have taken place in Africa. Here’s the graph, followed by the link:

The possibility of increasing the minimum wage in Ireland (it’s currently €8.65 per hour) has been the subject of heated debate over the past few months, with our leading union SIPTU clashing with ISME (Irish Small and Medium Enterprise association). In May, amid much fanfare, the minimum wage in the UK was increased to £6.70 (€9.25) per hour.

But an increased minimum wage might not be social panacea. In this article in the Guardian today Robert Sidelsky argues that raising the minimum wage while simultaneously cutting tax credits only increases the numbers of the “working poor”. He moots instead the idea of a “living income”, whereby all citizens would be given a basic income in the form of a tax credit which “could be built up gradually as the rewards from work fall”:

Reading about the minimum wage got me thinking about the idea of a “maximum wage”, of which the economist Herman Daly was a big fan (Toward a Steady-State Economy – 1973, Beyond Growth – 1996. For The Common Good – with John Cobb, 1992). It turns out that in Switzerland of all places they had a vote in 2013 to institute a maximum wage at a ratio of 12:1.

As the above article explains, the proposal didn’t go through, but it set a foundation for another intriguing proposition set to go to the vote next year. In 2016, Switzerland will vote on whether to institute a “basic income” for all citizens, equating to €29,000 a year. Right or wrong, it’ll be interesting to see what happens! For a review of the Swiss situation, here’s a great Irish Times article, and there’s another link after that for a snapshot of the minimum wage debate in Ireland.

Last week Friends of the Earth (FOE) Ireland held a screening of the recent film Do the Math, a climate change documentary by US environmentalist Bill McKibben. The screening was followed by a discussion and Q&A with FOE activist Camilla McCabe and climate scientist Prof. John Sweeney from NUI Maynooth.

First to the film, which runs for about 45 minutes. Presented by McKibben, an academic and founder of NGO 350 (www.350.org), Do the Math focuses on the impact of the large energy companies on climate change. The titular “Math” refers to three numbers:

Founded on these compelling figures, McKibben’s message is simple, and focuses on keeping fossil fuels in the ground. His key suggestion for public action is divestment from oil companies i.e. organisations and individuals sell their shares. In particular McKibben focuses on encouraging Universities to divest any oil and gas investments. Interestingly, the film briefly mentions a price for carbon, but this option is not discussed. Even a few minutes devoted to other solutions besides divestment could have added to Do the Math. Check out the trailer here:

Perhaps more illuminating at the Friends of Earth event was the post-film discussion. Prof. John Sweeney spoke of how public interest in climate change has increased in the last 30 years, but noted that policy in Ireland still leans towards short-term interests and suffers accordingly. Camilla McCabe then spoke of FOE’s efforts to influence policy and suggested that their work in Ireland in the coming months would be focused on the 2016 General Election. Lastly, FOE Ireland Chairman Oisin Coughlan drew our attention to the Climate Bill, to be addressed and hopefully passed in the Dáil this coming week.

To sign up for FOE Ireland’s newsletter and get involved in any of their fundraising activities, their website is http://www.foe.ie.

A few weeks ago the Vatican published the Pope’s latest “encyclical”, which is sort of a policy statement on whatever the reigning Pope thinks is important. This time Pope Francis has caused a bit of a stir in the media by producing a strongly worded document about climate change. The document is called “Care for our Common Hope” (or officially “Laudato si”), and if you care to read all 40,000+ words of it, you can do so here:

What the encyclical essentially is is an excellent thesis on sustainable development. Although the Pope has the final say, it was written by the Pontifical Council for Justice and Peace, led by Cardinal Turkson, a Ghanian cardinal. Like Turkson, Pope Francis is from the developing world (Argentina), and as a number of commentators have pointed out, he is the first pope from the developing world. This is likely why they have some really interesting stuff to say about how multinational companies operate in developing countries. For example, here’s an extract from the section in the encyclical about the “ecological debt” between “North and South”:

“The warming caused by huge consumption on the part of some rich countries has repercussions on the poorest areas of the world, especially Africa, where a rise in temperature, together with drought, has proved devastating for farming. There is also the damage caused by the export of solid waste and toxic liquids to developing countries, and by the pollution produced by companies which operate in less developed countries in ways they could never do at home, in the countries in which they raise their capital: “We note that often the businesses which operate this way are multinationals. They do here what they would never do in developed countries or the so-called first world. Generally, after ceasing their activity and withdrawing, they leave behind great human and environmental liabilities such as unemployment, abandoned towns, the depletion of natural reserves, deforestation, the impoverishment of agriculture and local stock breeding, open pits, riven hills, polluted rivers and a handful of social works which are no longer sustainable””

And here’s another extract about markets and maximising profits:

“Once more, we need to reject a magical conception of the market, which would suggest that problems can be solved simply by an increase in the profits of companies or individuals. Is it realistic to hope that those who are obsessed with maximizing profits will stop to reflect on the environmental damage which they will leave behind for future generations?”

There’s some relatively radical discourse in there and all the talk in the media is how the encyclical might influence COP21, the annual global climate change negotiations to be held this year in Paris in December. Not surprisingly, given the critical comments about business, the encyclical has been getting businesspeople talking too. Here’s a really interesting debate between a number of academics and practitioners about the possible impact the Pope’s declarations might have on COP21 and business in general:

Almost finally, The Guardian has some good coverage on the encyclical and here’s a particularly useful article which highlights the main points of the document:

And finally finally.. on a lighter note!

I’ve spoken about the theory behind “cradle to cradle” manufacturing before, and now here’s an Irish company doing it in practice. Gannon Eco takes industrial waste and turns it into a new product e.g. glass is ground down into fine sand with diverse uses like industrial water filtration or greyhound racing track surfaces.

Here’s a graphic from the company’s website which illustrates the four stages in the transformation of “ceramic media” (previously used in the process of manufacturing orthopaedic implants) into another useful product, in this case a concrete road barrier.

The company’s website is http://www.gannoneco.ie and the “Services” page gives a good, practical illustration of how cradle to cradle manufacturing really works.

A fascinating study in the latest issue of Science has estimated the impact of two CO2 emission scenarios on the worlds’ oceans – the current “high emissions trajectory” and an alternative “stringent emissions” scenario.

The results are compelling, indicating that in the high emissions scenario, oceans are at “very high risk” of “irreversible impacts” by the year 2100. The authors, Gattuso et al, state that “these impacts will be cumulative or synergistic with other human impacts, such as overexploitation of living resources, habitat destruction, and pollution”. The message, which the authors hope will influence participants at the annual UN climate change summit in November/December, is that limiting CO2 emissions is crucial and urgent both for the sea and the people who rely on it. 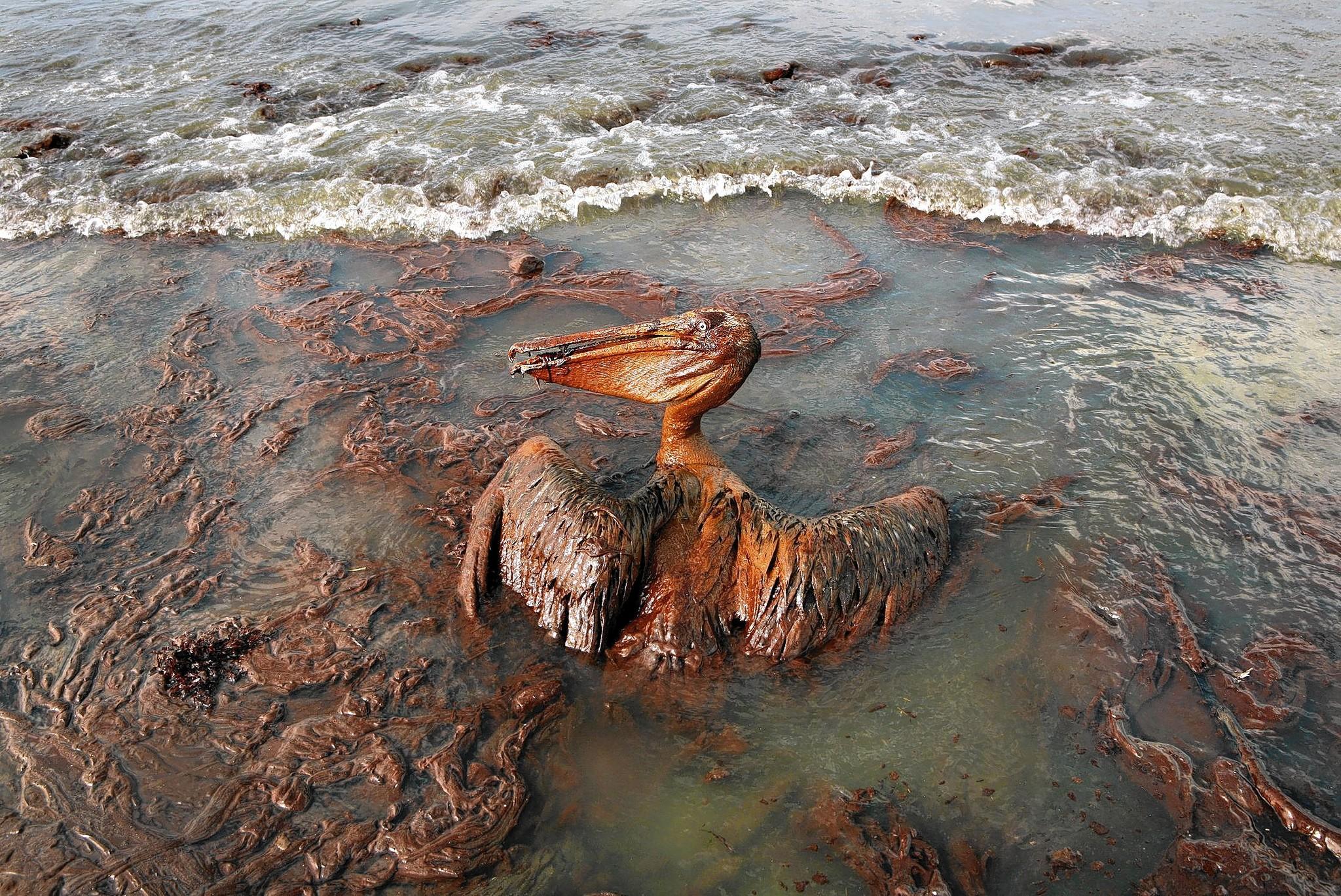 News today that BP has agreed to pay four US states and the US justice department the largest environmental fine ever of $18.7bn, for damages caused by the 2010 oil spill in the Gulf of Mexico.

There are several interesting things about this. First, is the amount of the fine enough? $7.1bn of the total relates to what’s termed “natural resource damage assessment”, but can such a thing be measured, and how accurately can the real cost of the damage be assessed? Here’s a really good article from the Guardian a few months ago which explores the long and short-term consequences of the spill. The event may be “concluded” for BP, but from the sounds of this article there’ll be no short-term resolution for the human and non-human residents of the area:

Another question to ask is what impact will the fine have on BP – is the penalty severe enough to put it off doing deepwater exploration in the future? Well it’s no secret that the company execs aren’t down on their knees scrabbling around for change. Total revenue at BP in 2014 was $359bn and at 31/12/2014 the group had total assets of $284bn, all after making a provision of $8bn for potential fines over the Gulf of Mexico oil spill. In fact, such is the lack of impact of the fine that BP’s share price went up in response to the news that $18.7bn would be the final figure.

In that vein, here’s a link to BP’s 2014 Annual Report and Financial Statements, which reveals a section as long as your arm on ongoing legal proceedings (see page 228 onwards). It’s extraordinary that the company continues to operate so profitably in such a questionable manner. For a detailed discussion of its perspective on the Gulf of Mexico oil spill, see note 2 of the financial statements, page 111.